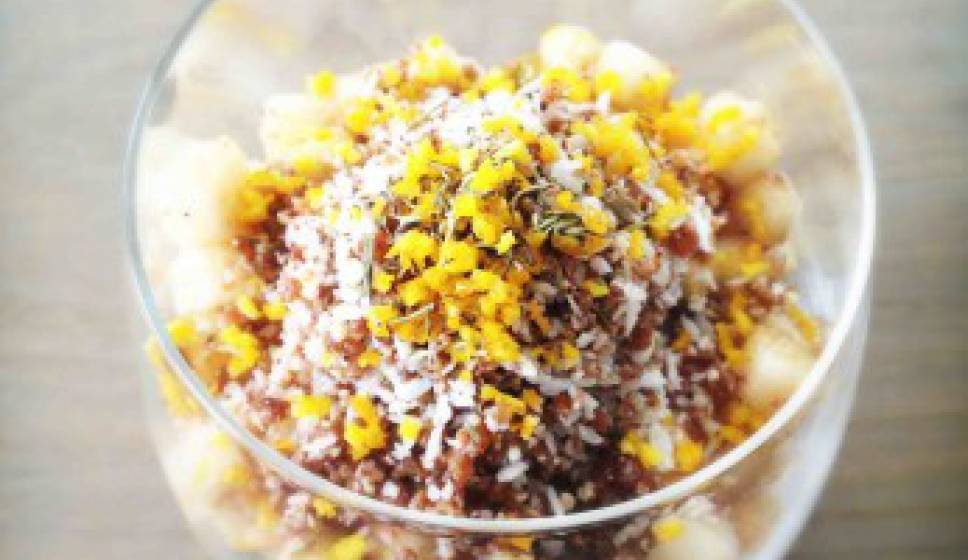 Although I always have a hard time saying goodbye to summer and its vibrant sunshine, I love snuggling up on the couch with a warm cup of tea and a sweet treat when it starts getting colder outside. This Cinnamon Spiced Pear with Sweet Coconut Crumble is the perfect raw vegan dessert to warm you up during these rainy fall days! It has a nice buttery taste & crunchy texture thanks to the addition of dried coconut and crispy almonds, but it’s still low in fat and very easy to digest. The best of both worlds!

Combine dried coconut, raisins, almonds, vanilla powder and salt in the food processor fitted with an S-blade. Process until your reach a fine crumble consistency.

Now I would love to hear from you! What’s your favorite comfort food to warm up during these rainy fall days? Let me know by leaving a comment down below. 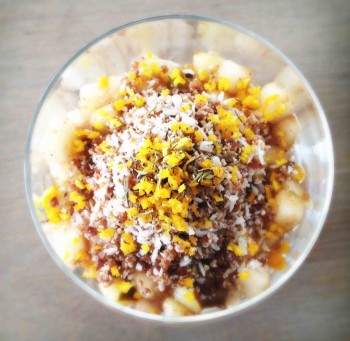