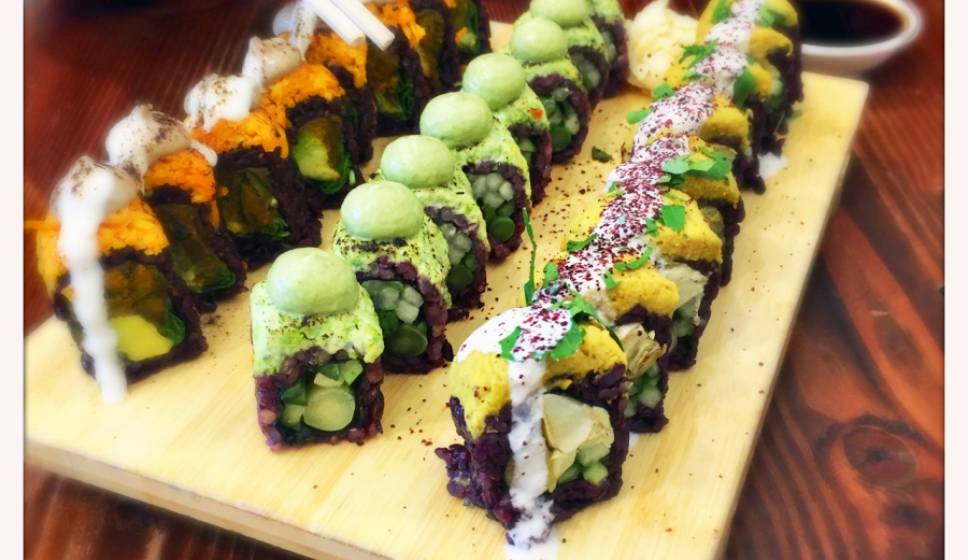 When Simon and I traveled to New York last October for the official launch of my first cookbook Vegan & Raw, we visited as many vegan restaurants as we could. Compared to Belgium, NYC is a paradise for plant-based foodies! It is packed with juice bars, raw food cafés and fancy vegan restaurants (not to forget Whole Foods Market with its tempting veggie buffets). It was really hard to make a choice, but these are five of my favorite vegan restaurants in New York.

Are you looking for a fun vegan restaurant in Manhattan to grab a quick bite? Go to Candle Café. Owner Bart – 79 years old but still alive and kicking! – bought his first location in 1984 when the café was still a modest juice bar. Together with his darling wife Joy, he won the lottery three times in a row (can you imagine?) and managed to transform Candle Café into one of the most famous vegan restaurants in Manhattan loved by locals, celebrities and politicians. A second location quickly followed.

Candle Café West is perfect for a fancy dinner in style. One of my favorites on the menu are the ‘Candle Nachos’ with guacamole, pico de gallo, chili and sour cream made with tofu. Outstanding! The ‘Live Lasagna’ with heirloom tomatoes, wild mushrooms, cashew cheese and pine nut basil pesto is simply amazing too. For dessert, we tried a selection of vegan ice cream made with coconut milk, and pumpkin pie with homemade cinnamon ice cream (you can never have too much ice cream), cashew cream and caramelized pecans. It was gone in 60 seconds ;-)

Candle Café East – located in the fancy Upper East Side of Manhattan – is perfect for a quick lunch in a laid-back atmosphere. The portion sizes are generous but save some room for their homemade vegan cannoli: puff pastries filled with sweet vanilla cream. Heavenly! 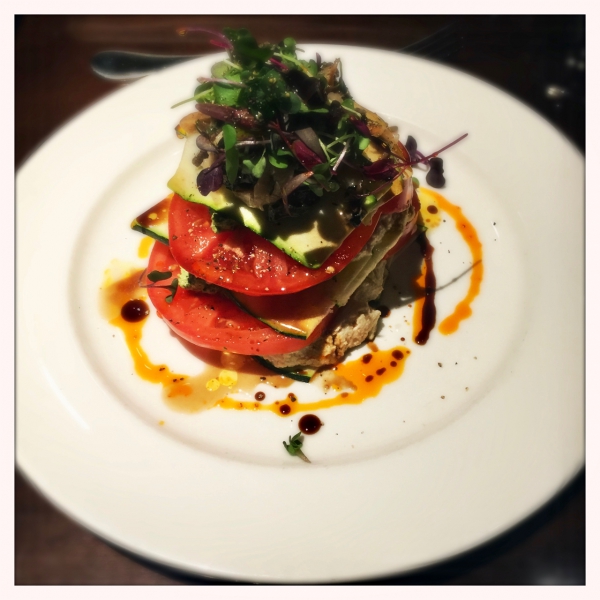 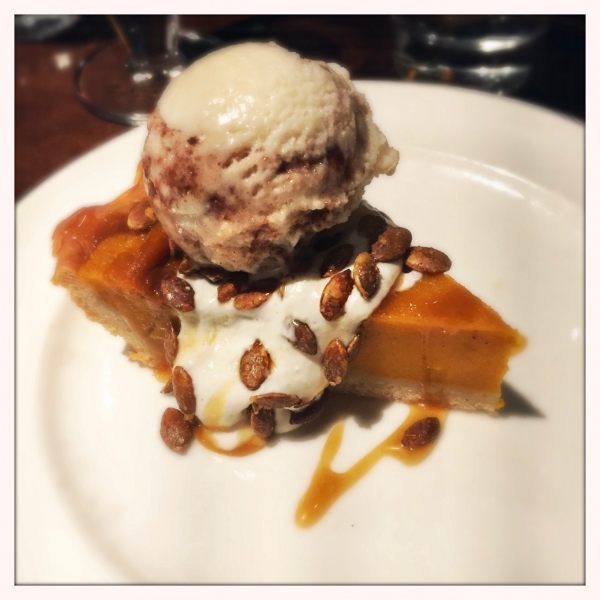 Are you visiting Williamsburg and in the mood for a laid-back brunch? Little Choc Apothecary is the place to be! On the menu: the best gluten free crêpes I’ve ever had, both savory and sweet, açaí bowls, muffins, scones… Owner Julia Kravets developed an interest in plant-based cooking because her friend was vegan and wouldn’t have any of the beloved plum pie she used to make. “Cooking and baking vegan gives a bigger bang-for-your-buck to your body in terms of nutrition, and is a million times better for the environment, especially considering the critical state our planet is in right now. I can't find a single reason to NOT eat more plant based food.”

Our favorites on the menu are the ‘burrito’ crêpe with avocado, coconut ‘bacon’, black beans, hot sauce & cashew cheese + the ‘pizza’ crêpe with basil, tomato marinara and caramelized onion. Oh, and the açaí bowls… If I could transport them to Belgium, I would! My n°1 was the green bowl with spirulina, hemp seeds & oats - although the peanut butter & berry chia jam bowl earned a rightful 2nd place too. Each bowl was topped with delicious homemade granola, fruit & coconut yoghurt. Enough said! 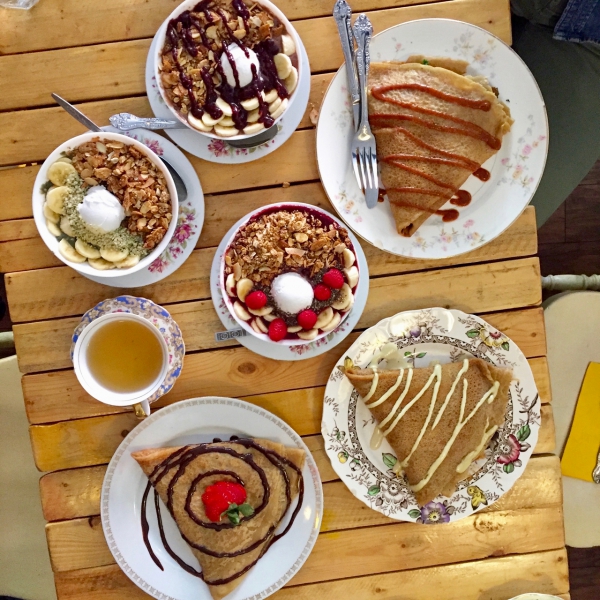 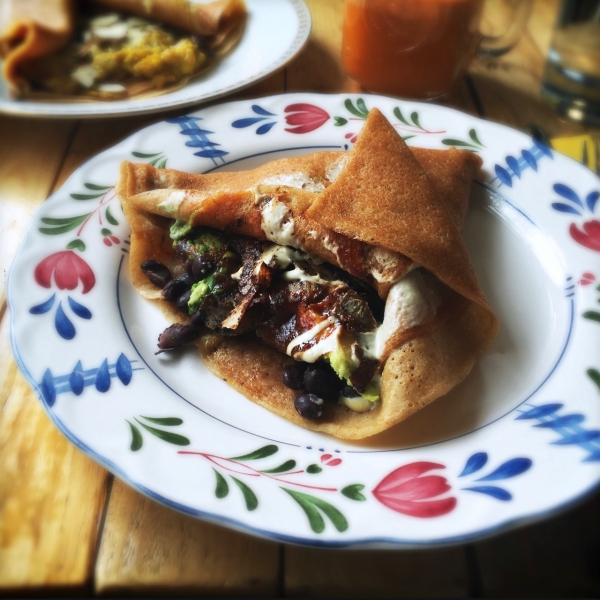 Another hidden gem in Williamsburg: Champs Diner. The first time I visited this groovy all-american diner, it instantly reminded me of Sandy & Danny from Grease. I think they would have loved the menu and classic interior. Champs is known for its generous portions, funky waitresses and brunch classics like ‘Hangover Hashbrowns’, ‘French Toast Slam’ and ‘Drunken Cowgirl’: toast with spicy bean chili, avocado, tofu scramble and potato fries. You can even order a vegan version of Belgian waffles with whipped cream.

We stopped by for an early dinner and ordered the ‘Kitchen Sink Salad’ and ‘Bacon Cheeseburger’ with sweet potato fries and coleslaw. Simon and I also shared a stack of Bananarama pancakes: fluffy American pancakes with banana, chocolate chips and vegan whipped cream. Simply irresistible! 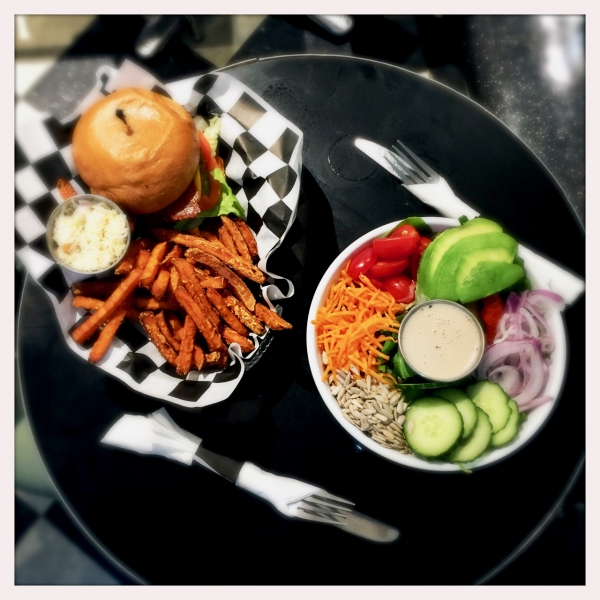 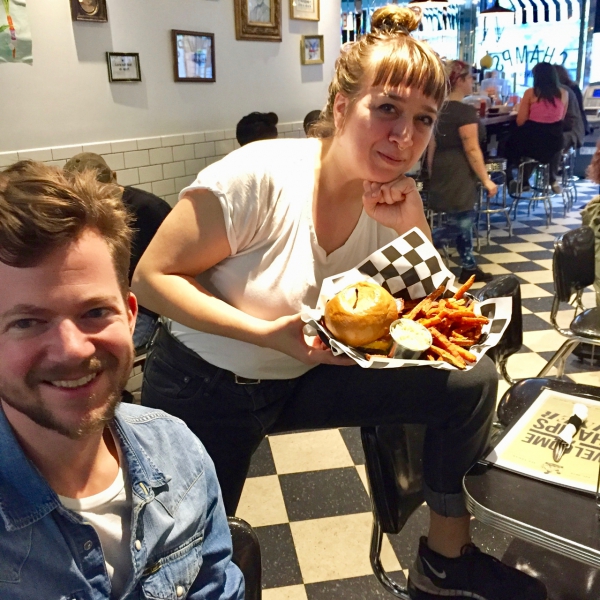 Another fantastic healthy fast food initiative: Beyond Sushi. Founder Guy Vaknin traded his military career for a professional chef training before mastering the art of sushi making. “People have come to know sushi as raw fish and white rice. The closest thing to a vegetarian roll was either something fried or a mundane cucumber-avocado roll. Offering up a creative vegan menu is giving people the option to eat healthy without compromise. It is also saving our planet and our animals. It’s a win-win all over.”

Don’t be mistaken by the casual ‘take-away’ interior of the restaurants: this sushi comes with all the bells and whistles. It’s without exception the best sushi I’ve ever had. Our favorite was the seasonal roll with black rice, arugula, avocado and coffee roasted pumpkin, topped with smoked eggplant sauce, yuzu coconut cream and black garlic powder. We also ordered the seaweed salad & seasonal dumplings - super tasty! 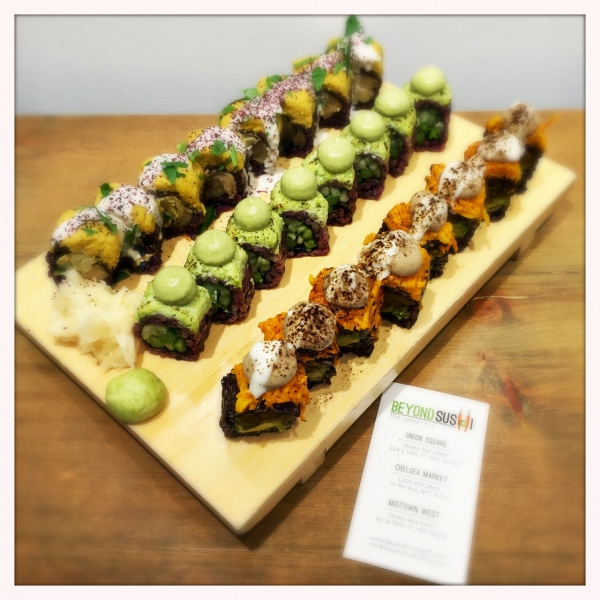 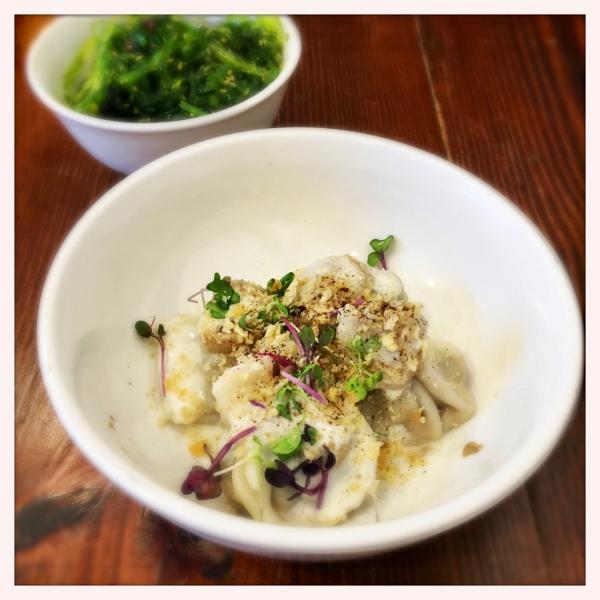 Suffering from jet lag and in need of a quick energy boost? Treat yourself to a refreshing Juice Press smoothie or juice. You can keep it as fruity or green as you like ;-) If you’re a fan of hard-core green juices like we are, choose ‘Mother Earth’ or ‘Ommm’. We also tried their ‘fireballs’ made with ginger, citrus and more healing ingredients. Spicy!

If you don’t have time for breakfast but you need something that will keep you going for a few hours, try one of their creamy shakes. I really like their ‘Clean Green Protein’ with almond milk, banana, almond butter, chia seeds, hemp protein, spinach, kale and coconut nectar. Ask to leave out the nectar if you don’t like overly sweet smoothies. 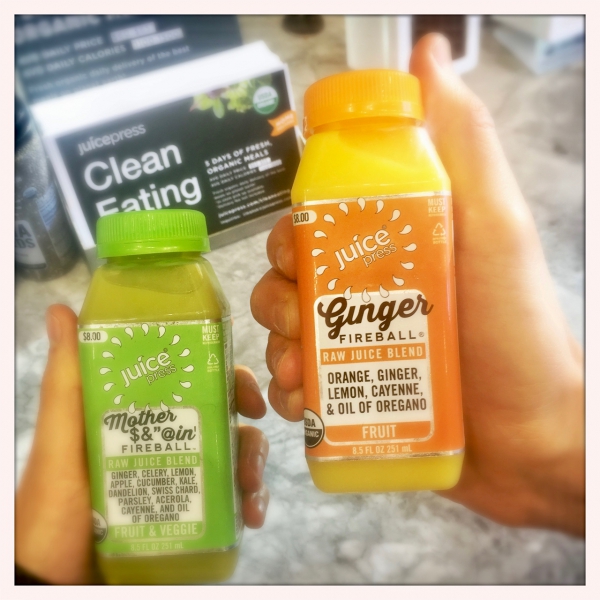 Now I’d love to hear from you! Have you ever visited some of these vegan restaurants in New York before? What city should Simon & I explore next? Let me know by leaving a comment down below.