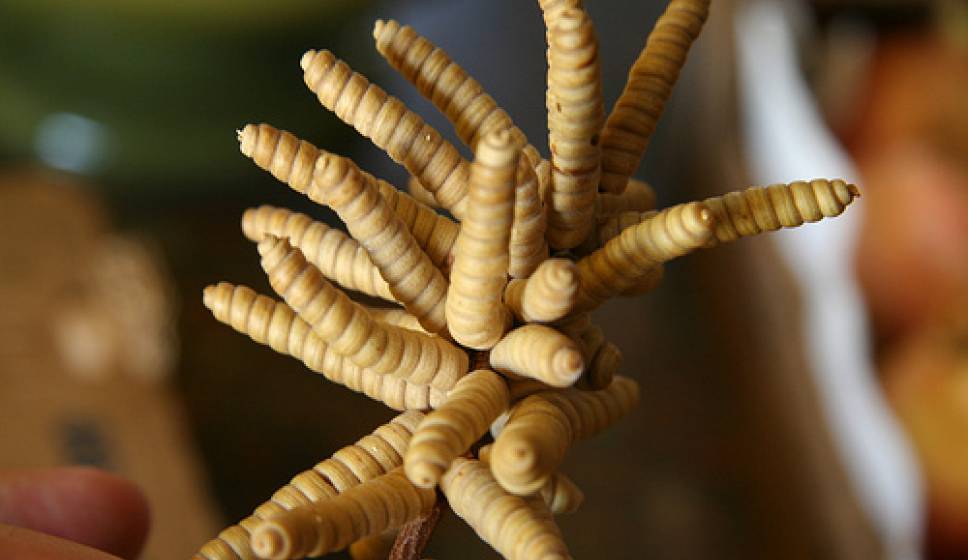 As promised, I will be presenting you another exotic natural sweetener today: mesquite powder. Mesquite powder, also known as mesquite pod meal, is a traditional Native American product made from the ripened, ground seedpods of the mesquite tree. Traditionally, this powder was used as a substitute for flour in baked sweets and breads. Today, this aromatic powder is very popular in the raw food world as one of the famous ‘super foods’.

Mesquite pod meal is highly nutritious and flavorful. The powder is low-glycemic, high in protein and rich in calcium, potassium, magnesium, iron, zinc, lysine and dietary fiber. This fiber helps to slow the absorption of both the nutrients and the natural sugar in this super food sweetener. Therefore, mesquite powder reduces hunger and stabilizes blood sugar levels, which makes it ideal for diabetics, weight watchers and anyone who is on the lookout for healthier sweeteners.

Mesquite powder has a sweet, nutty flavor with a hint of caramel. Because of its subtle sweet flavor, mesquite powder is often used in raw desserts, pie crusts, crackers and power bars. It goes really well with cinnamon, cacao, carob, maca, vanilla and other sweet spices. Mesquite powder also adds a thick, smooth texture to recipes, which explains why it is so popular in smoothies, shakes and ice creams.

How do you like to use mesquite powder? Let me know by leaving a comment down below.

I have made Mesquite cookies, and find they balance out my blood sugar and keep me feeling full for hours. I use monkfruit for sweetener and a little molasses. Excellent product