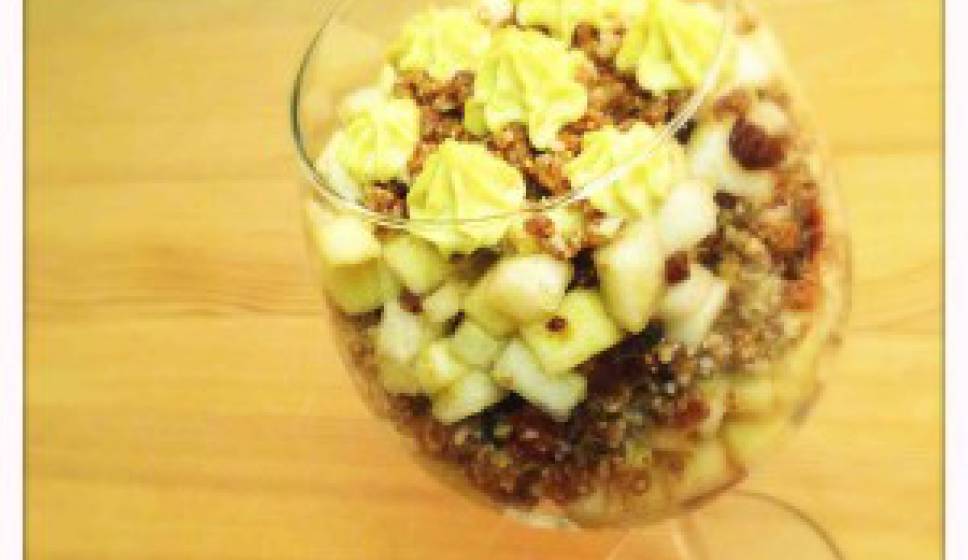 I could have this Raw Vegan Apple Crumble with Cashew Cream all year round, preferably with a big scoop of banana ice cream. Enjoy it slightly warmed in the dehydrator during wintertime or serve it right out of the refrigerator as a refreshing summer snack.

​What type of desserts would you like me to create a healthier recipe for? Let me know by posting a comment below.

Made this raw apple crumble tonight. Swapped in pistachios for the pecans/walnuts and loosened the cashew cream with a dash of almond milk. Delicious! Husband and daughter loved it too. Will definitely make again.